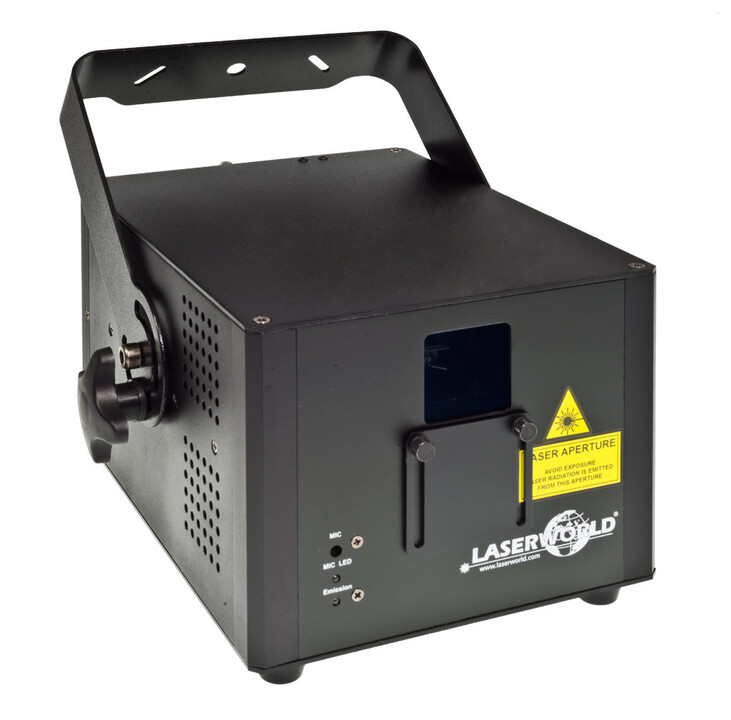 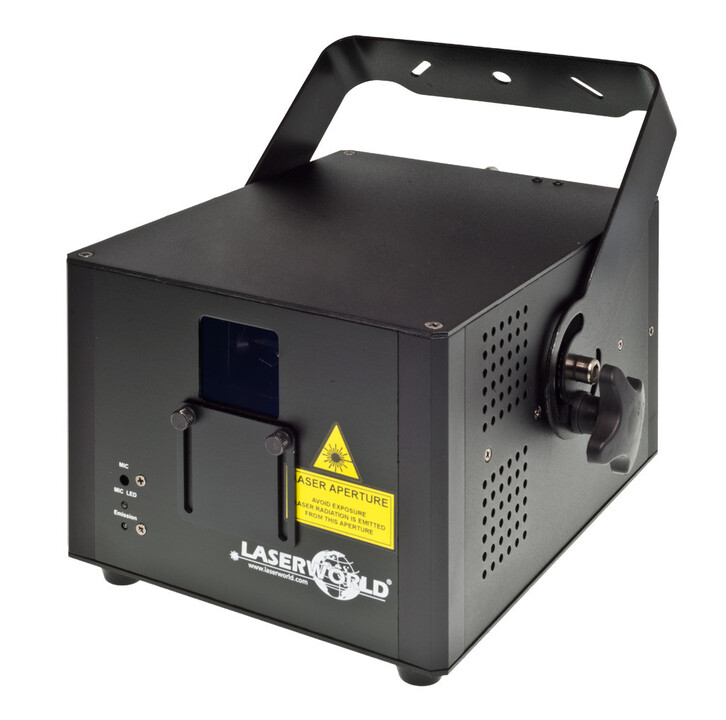 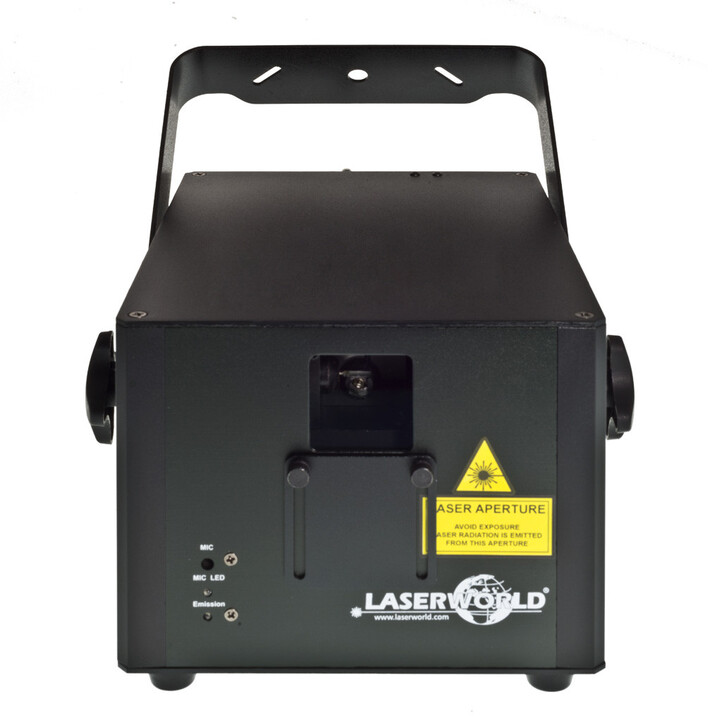 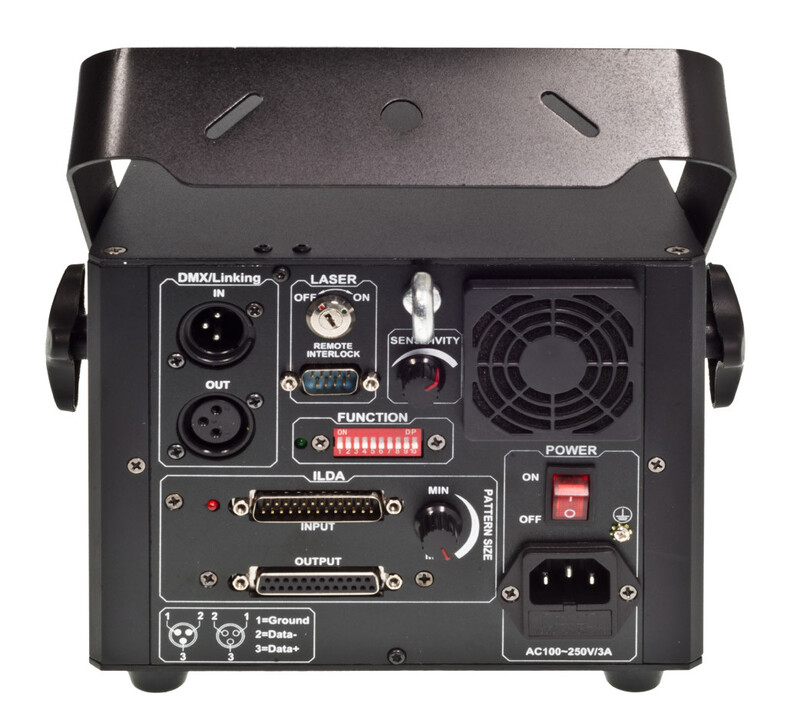 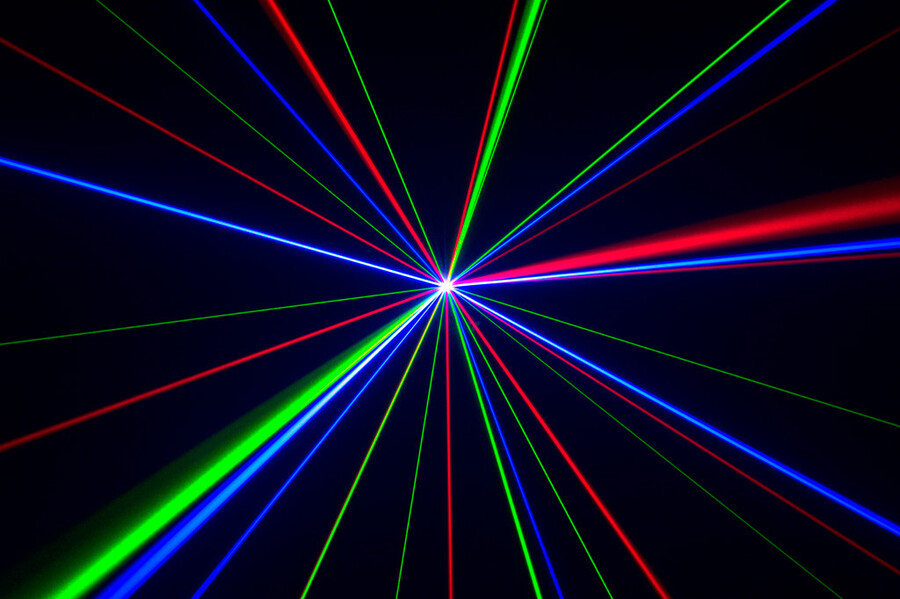 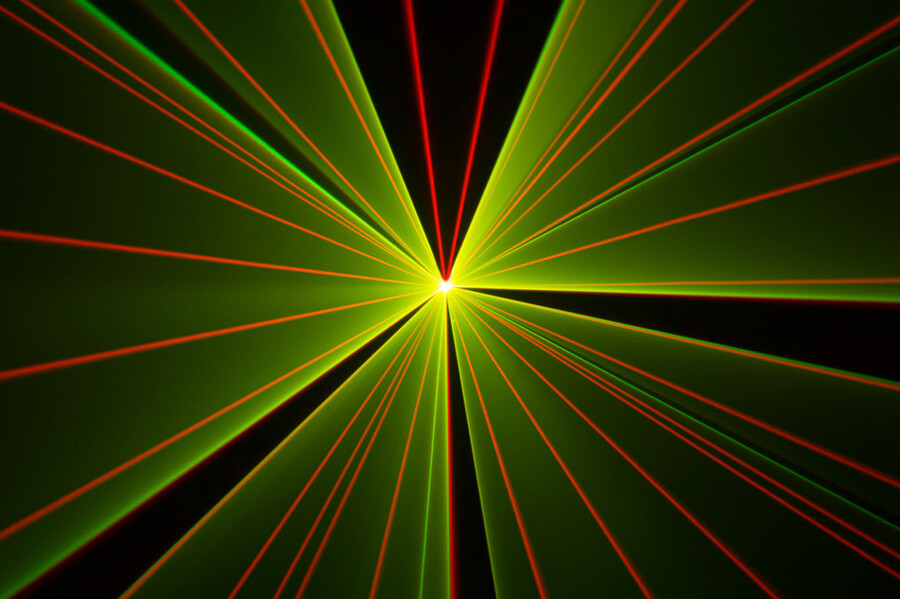 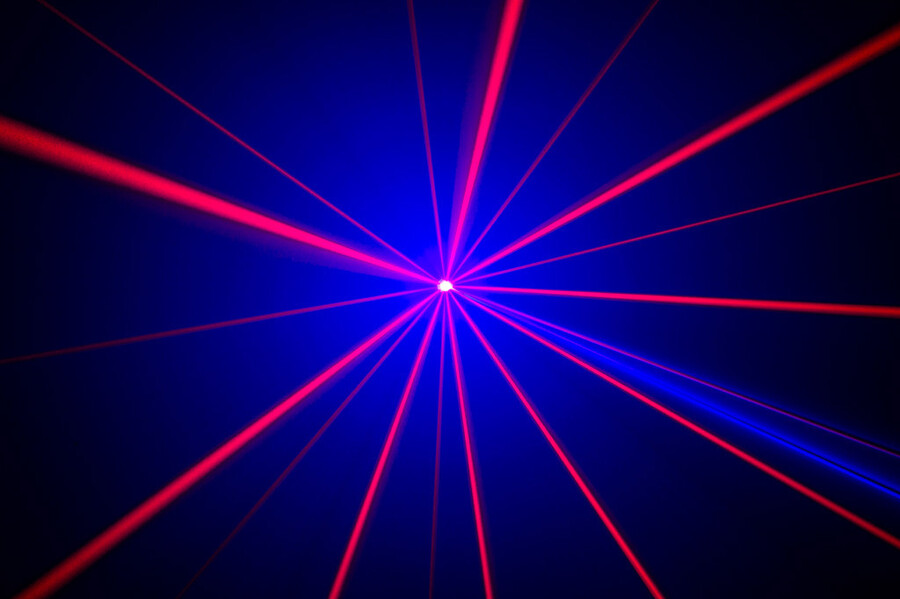 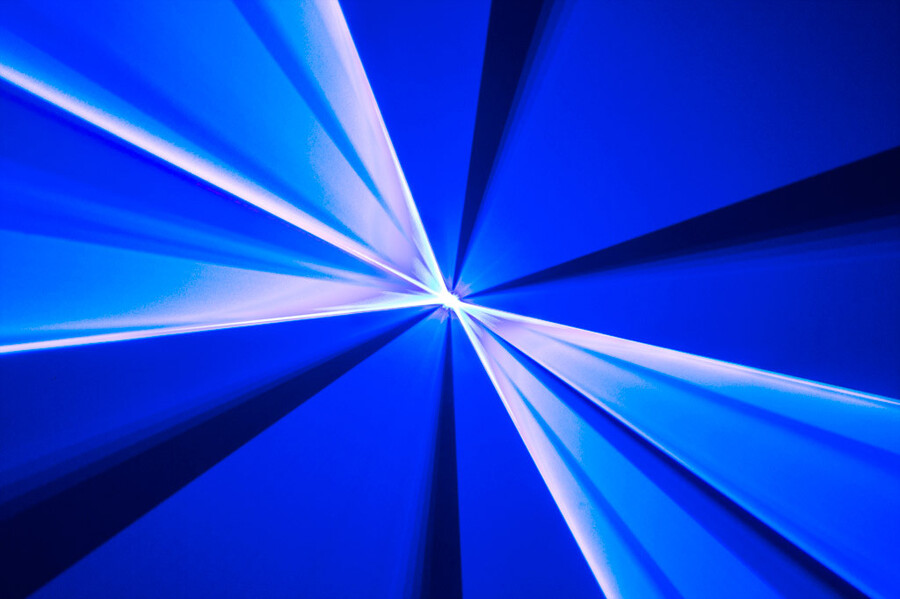 The Laserworld CS-2000RGB MKII is a light weight laser projector with a stable bracket which allows for different mounting positions. This laser is computer controllable and ideal for mobile DJs, temporary laser shows and also for fixed installations in nightclubs.

The Laserworld CS-2000RGB MKII show laser projector comes with a completely new designed compact housing, which is light weight and has a stable bracket. The bracket allows for different mounting positions: a hanging as well as a standing installation is possible - ideal for mobile DJs and temporary laser shows, but also for fixed installations at a truss or at the ceiling.

Pattern size and the sensitivity of the microphone can be set by two rotary buttons on the rear side of the housing.

Through DMX, in the automatic mode as well as in the sound-to-light mode about 200 preset patterns, like waves, tunnels, circles etc. can be projected in different colors and in various speed. If the automatic mode is active, the pre-programmed patterns run without assistance and in the music mode, the laser system projects according to the sound.

Next to the modi mentioned  above, this laser projector provides a master-slave-mode. Show lasers of the same series (slave projectors), connected via DMX to a main projector (master projector) project the same patterns like the master projector.

The Laserworld CS-2000RGB MKII is computer controllable through a professional ILDA interface. Thus own or pre-programmed lasershows, logos, texts or own graphics and animations can be shown in combination with a laser control software.

There are safety features like a key switch, an interlock interface and an on-off switch.

The Laserworld CS-2000RGB MKII is ideal for semi-professional applications and is perfectly suitable in bars, medium sized clubs and discos as well as for rental companies, mobile DJs, private use and in any other party location.