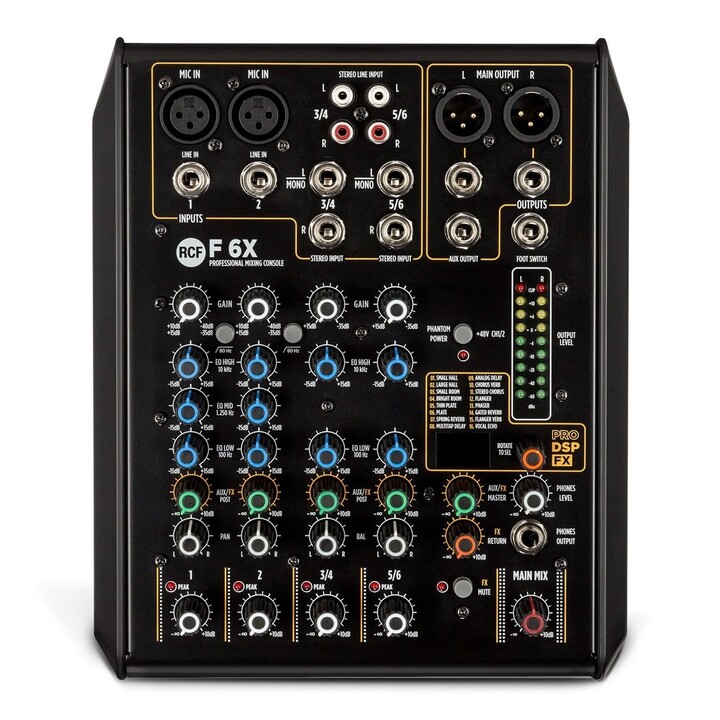 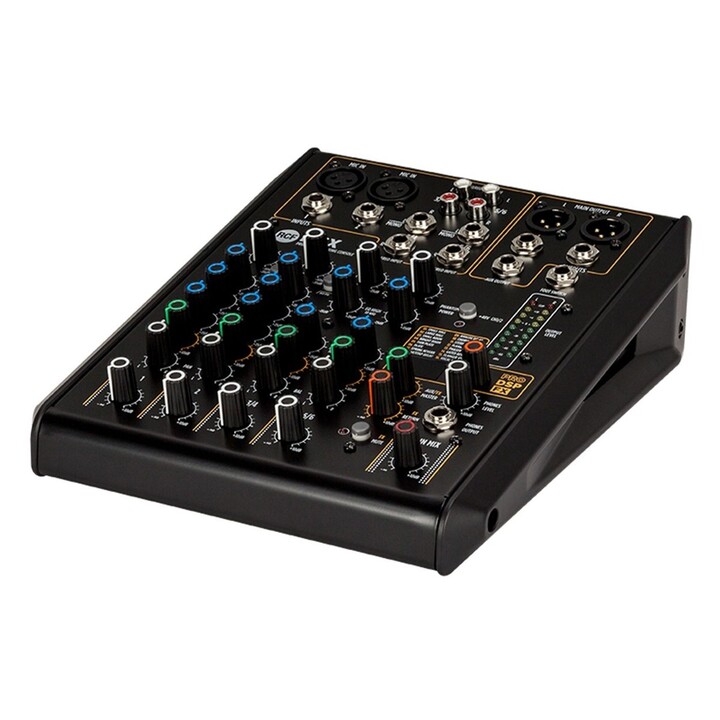 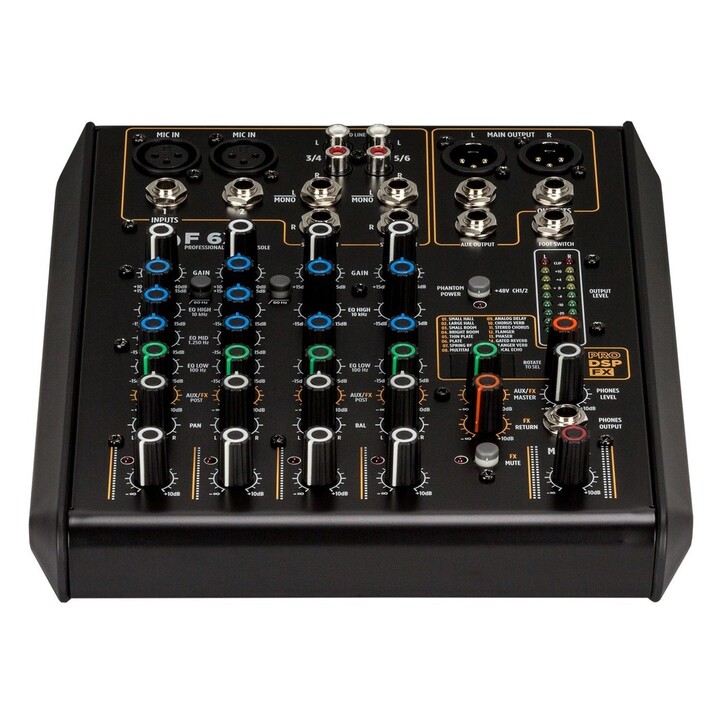 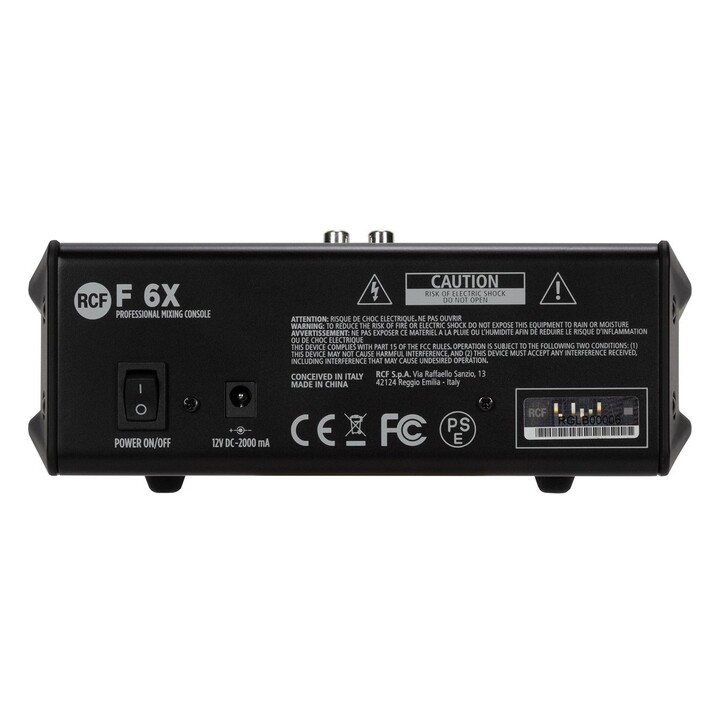 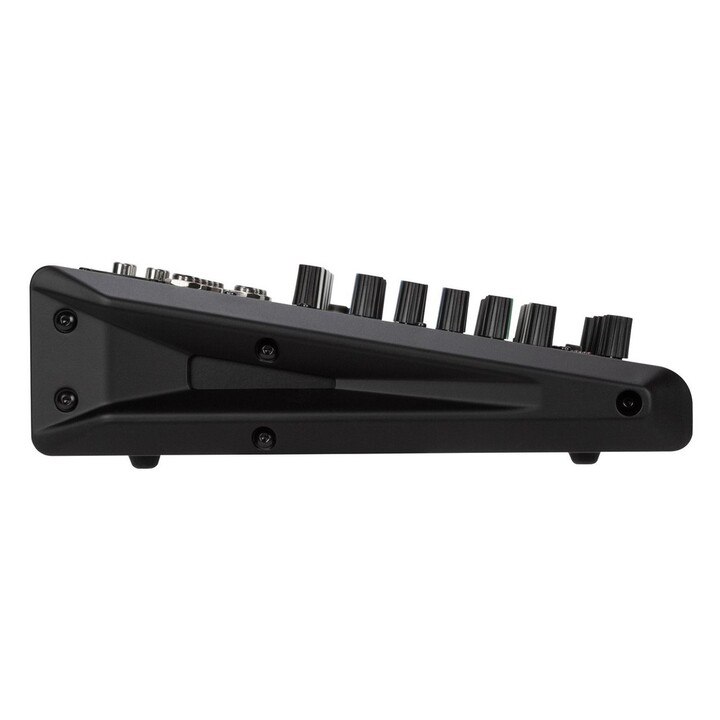 This is the RCF F 6X 6-Channel Mixer with Multi-FX for anyone who works in a small professional studio and needs a powerful, capable mixing desk. Building on the legacy of RCF's E series of mixing desk the F 6X is most compact and accessible of their new F series but still has plenty of features. The F 6X features RCF's own PRO DSP FX which is comprised of 16 professional effects including Reverbs (Halls, Rooms, Plates & Spring), Delays (Mono, Stereo & Multitap), Chorus, Flangers, Echoes and more, expanding the capabilities of your audio. All of this is housed in a rugged metal chassis with premium components from the knobs and buttons to the inputs and connections, all giving you can incredibly smooth performance with a professional look and feel.

RCF's next generation F Series mixers builds on the rich analog legacy found in the professional E Series, featuring high quality sound in four formats from 6 to 16 channels. A powerful tool for the musician and the sound enthusiast, entirely conceived and designed by the RCF R&D team. Housed in a sturdy metal chassis, each mixer features a full balanced audio path from input to output and the unique PRO DSP FX: 16 professional effects such as Reverbs (Halls, Rooms, Plates, Spring), Delays (Mono, Stereo and Multitap), Chorus, Flangers and Echoes. The models F-10XR, F-12XR, and F-16XR, include an USB audio interface, for stereo recording on computer-based DAW and 2-channel playback.

State of the Art EQ