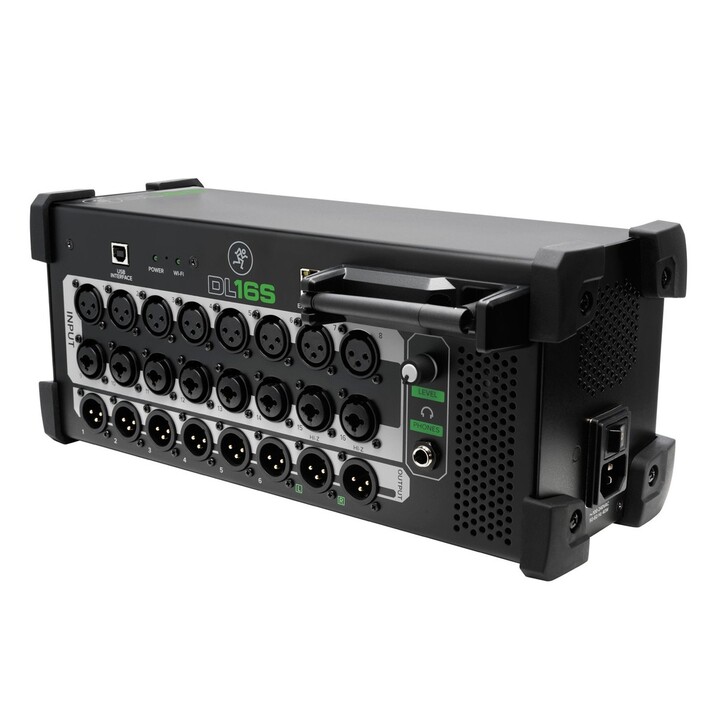 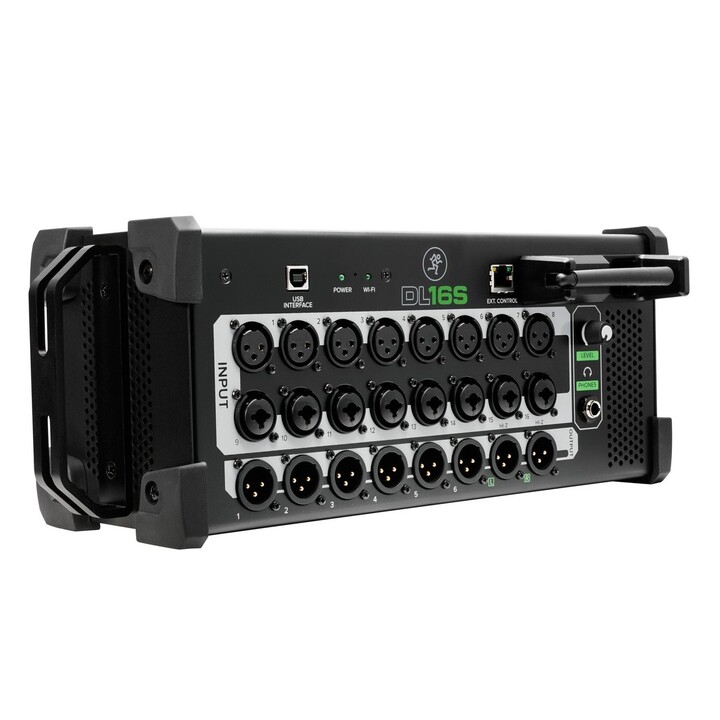 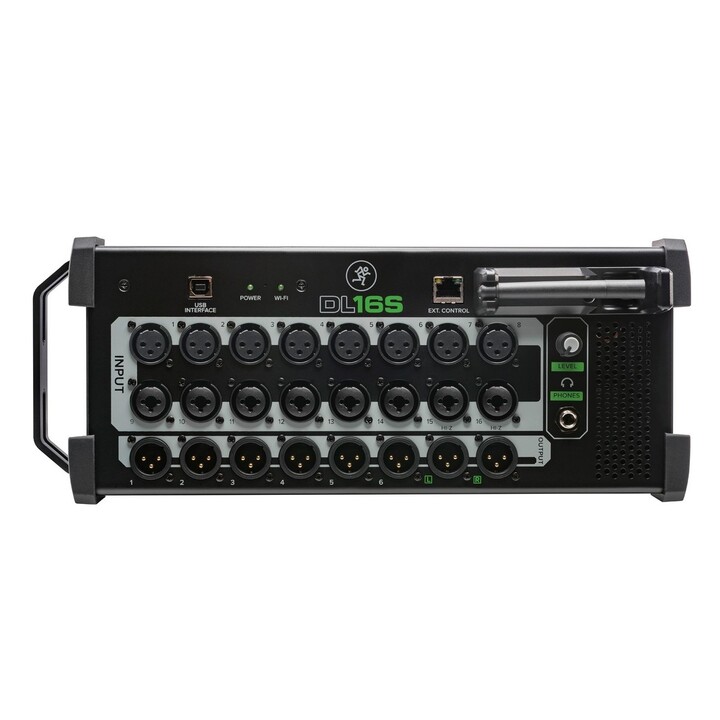 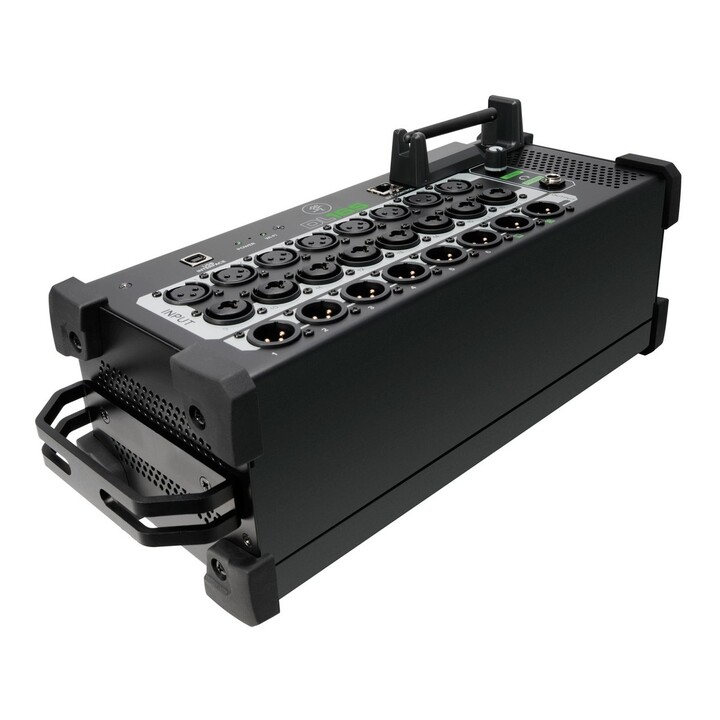 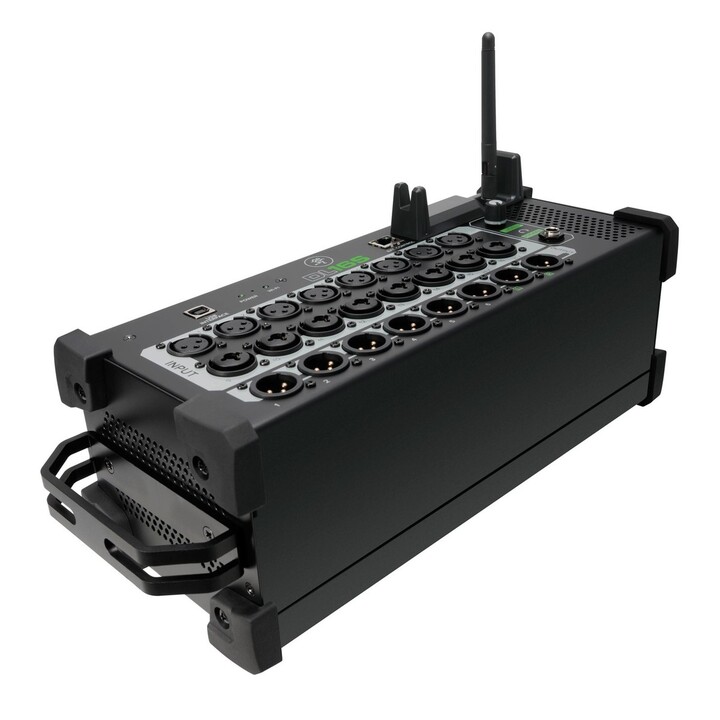 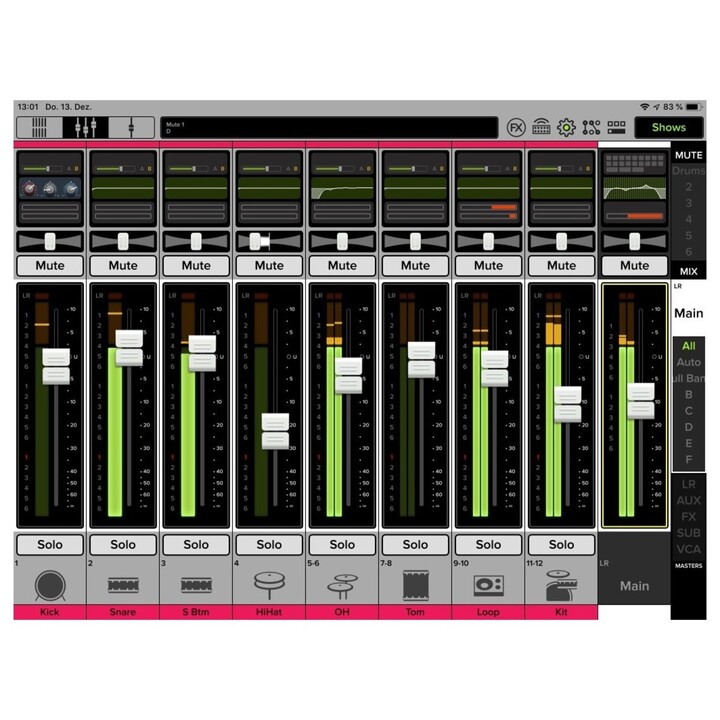 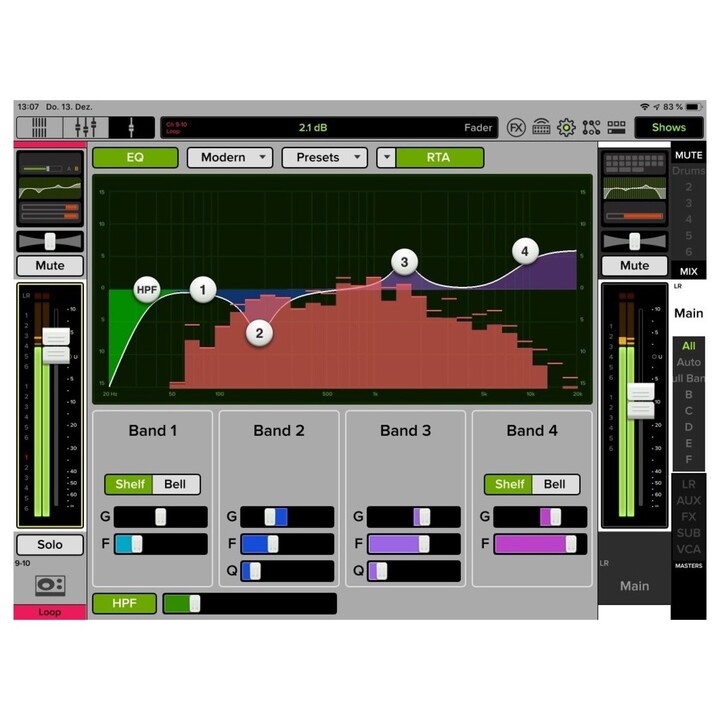 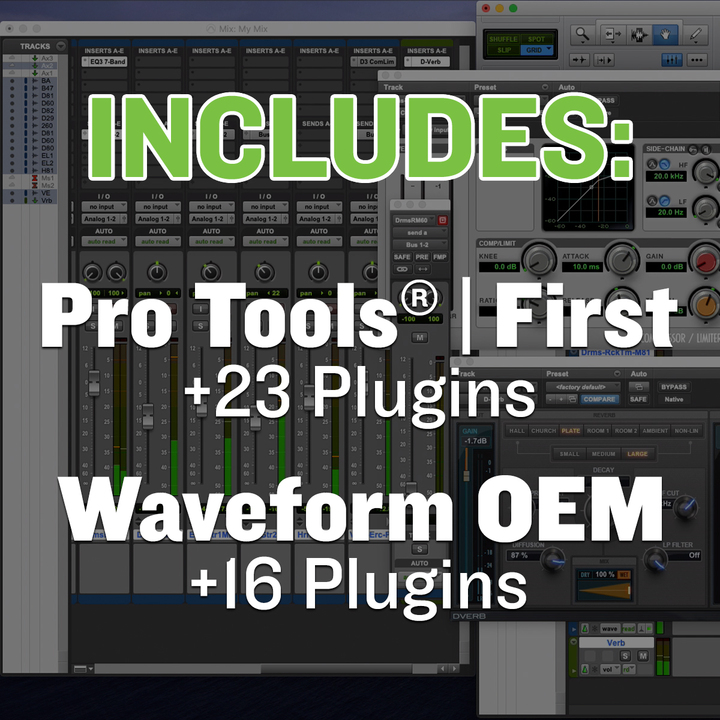 Introducing the Mackie DL16S 16 channel wireless digital live sound mixer with built-in WiFi; the next step in sound engineering for live music. This fantastic mixer cuts down the need for ugly and hazardous wires by sending wireless signals to your tablet or laptop which you can operate from anywhere in the room. The super rugged box can handle the heavy usage that comes from life on the road and boasts 16 input channels including Onyx+ mic preamps, eight fully assignable XLR outputs and a headphone output giving you plenty of freedom with your stage set up.

DL32S and DL16S bring all the powerful DSP, renowned Onyx+ mic preamps, and Built-Like-A-Tank reliability that the DL Series is known for, in an all-new stagebox form factor with built-in WiFi. Mount it in a rack, set it on a desk, or put it right on the stage. Mix your way.

Experience Your Best Mix Ever

The Mackie DL32S and DL16S deliver proven mixing power with legendary Onyx+ mic preamps in an all-new Built-Like-A-Tank, stage-friendly design made to withstand real-world abuse. Get mixing quickly with built-in Wi-Fi and the industry-leading, multi-platform Master Fader app. Create stunning multi-track recordings and get playback for a virtual soundcheck via USB I/O. Loaded with channel/output DSP plus 4 FX processors, DL32S and DL16S give you the mixing power you need for your best mix ever.