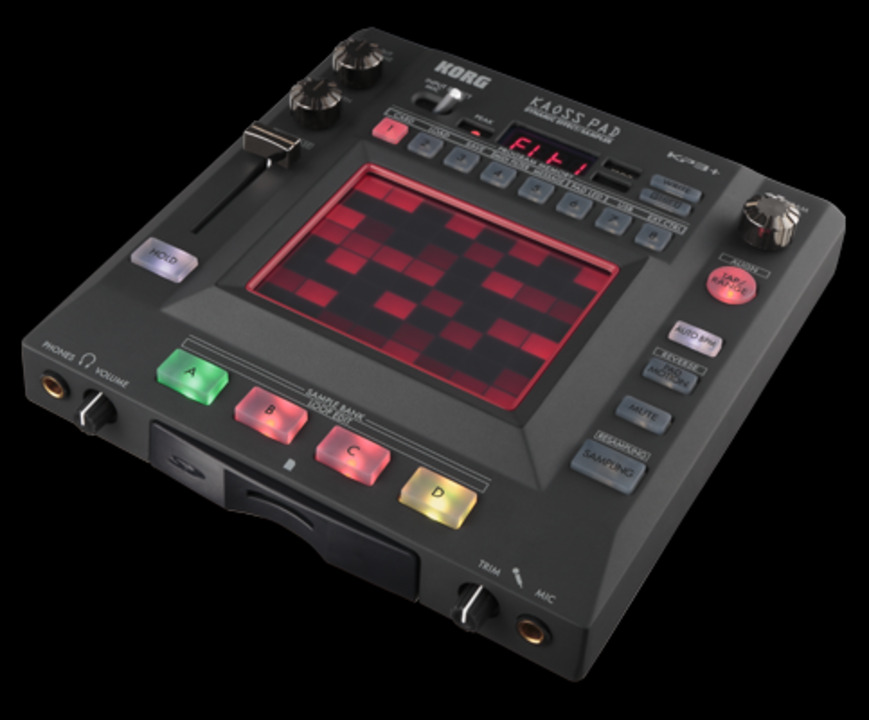 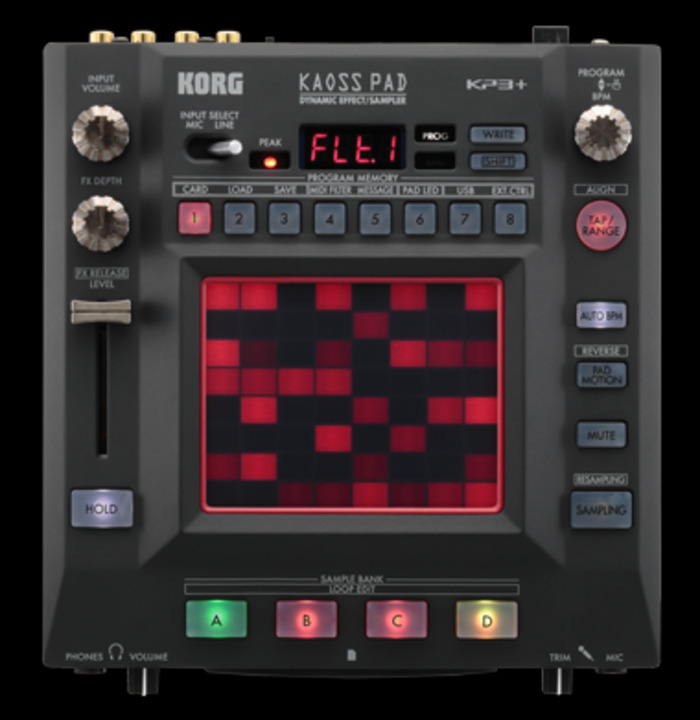 Use the touchpad to control effects in real time

A total of 150 effects ideal for DJ mixing and sound design; 42 new types including:

Numerous functions to make your performance even more expressive

Highly expandable for even greater potential

Korg KP3+ is an updated version of the popular Kaoss Pad KP3 Dynamic Effects/Sampler. The KP3+ realtime effects unit/sampler with the latest effects and sampling functionality is perfect for live performers and music producers looking to add additional creativity to their performances.

Korg's Kaoss Pad series of effects units is famed for its intuitive touch-pad interface. The flagship model KP3 that originally appeared in 2006 continues to be highly acclaimed by musicians and DJs around the world for its powerful, instantaneous effect programs and its wealth of sampling functionality. The sounds that drive the dance music scene have evolved significantly over these past seven years, and effects - and how they're used - along with them.

The effects combinations which have become a staple in numerous genres and applications thanks to the KP3 have been taken to a new and cutting-edge level with the new KP3+. The KP3+ is a real-time effects unit that will generate the sounds of 2013 and beyond.

Item as in description. Quick delivery. Nothing to complain about.