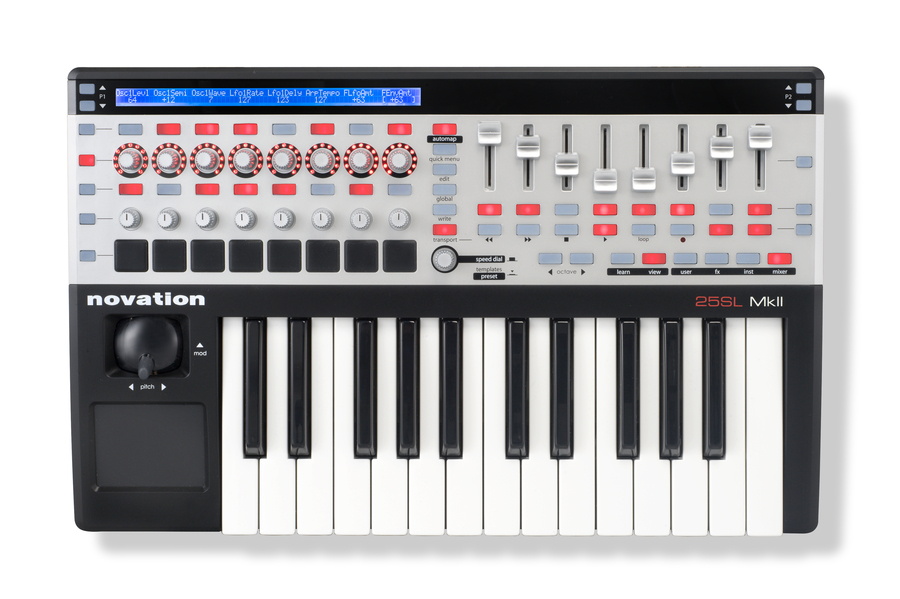 Get immediate touch-sensitive control of any major music software with the Novation Remote 25 SL MKII Midi Controller Keyboard. You can also use the SL MKII to control third party plug-in instruments.

SL MkII is the daddy of advanced professional USB MIDI controllers. It combines a semi-weighted Fatar keybed that plays like an instrument with an absolutely ludicrous number of controls. It gives you direct, hands-on control over every aspect of your music, software, plug-in instruments and FX, as well as immediate feedback at the touch of a button.

The lightweight SL MkII was designed to put information at your fingertips. The illuminated controls give you instant visual feedback: LED rings around your encoders tell you the position of your filter cutoff and the back-lit buttons show you which tracks are muted.

Express yourself on our premium semi-weighted Fatar keybed with assignable after-touch. It plays almost like an instrument to let you create truly expressive performances.

The 144-character LCD screen shows you exactly what you are controlling, including the name and value of entire rows of knobs, faders or buttons. The screen is also lined up with your controls, so you can see which bits of your software they are controlling without ever having to peer at your laptop.

Every SL MkII has the same huge number of fully assignable controls, all of which map automatically to your software with Automap to give you direct access to everything you could want to control.